cancel confirm NSFW Votes: (0 votes)
Are you the publisher? Claim or contact us about this channel.
0
Showing article 78 of 3173 in channel 13789445
Channel Details:
Viewing all articles
Browse latest Browse all 3173
0
0


“A BILL AIMED AT CURBING THE INVASIVE ALBIZIA tree in East Hawai`i has residents of other areas worrying about an overreaching county government that could clear occupied lots of unpopular plants and bill the owners, placing a lien against their property if they don’t pay,” reports a story in this morning’s West Hawai`i Today by Nancy Cook Lauer.
“The county already has a similar ordinance for refuse and undergrowth on unoccupied lots. Bill 64 would add unsafe flora to the list and extend removal to occupied lots. It also lets an adjacent property owner make the initial complaint to the mayor, rather than a majority of adults in a 500-foot radius of the offending property, as is current county code.”
The West Hawai`i Today story reports that the Hawai`i County Council’s Environmental Management Committee delayed passing the bill yesterday, in order to add amendments to reduce its impact.
Testifying from Ocean View, Gil Robinson warned that the bill could be “opening a can of worms.” According to West Hawai`i Today, he said that “feuding neighbors could engage the county. I just would rather have these issues stay a civil court matter.”
Cook Lauer noted that Ka`u state Sen. Russell Ruderman wrote a successful resolution in the 2013 Legislature that directs the state Invasive Species Council to work with multiple agencies to eradicate albizia. The Big Island Invasive Species Committee also supports the proposed county law that would allow government to clear the unwanted vegetation.
According to the West Hawai`i Today report, “South Kona/Ka`u Councilwoman Brenda Ford recounted a recent uproar in her district when the state Department of Transportation started cutting jacaranda trees along Napo`opo`o Road. She said she’s not familiar with albizia trees, but she dislikes them already.”
Ford said she is concerned, however, about the impact of the legislation on the county budget, should the county have no way to collect money from property owners where trees have been cut without foreclosing on the properties, the story reports.
See more at westhawaiitoday.com.
VETOING BILLS was on Gov. Neil Abercrombie’s agenda recently, striking down House Bill 654, which would have included members of professional health organizations on the Center of Nursing Advisory Board. He vetoed HB 763, which would have changed the composition and quorum of the Hawai`i State Building Code Council and revised the state Building Code. Abercrombie also vetoed HB 988, which would have amended the Environmental Response Revolving Fund to include funding for a standby operations center for oil or fuel disasters.
The total of bills signed into law from the 2013 Legislature is 269. “We will look back at 2013 as the year that launched truly transformative measures that will have lasting positive impacts on the future of our state,” said the governor.
THE ANNUAL FOURTH OF JULY RODEO at Na`alehu Arena drew hundreds of paniolo and other enthusiasts to the two-day event sponsored by Ka`u Roping & Riding Association. Rodeo Queen was Jacie Umemoto, and princess was Aysha Kaupu. Here are the results for the competition held July 6 and 7:
Open Dally Team Roping - First: Boots Kaapana and Gilbert Smith; Second: Danny Joseph and Mike Smith; Third: Travis Gomes and Chris Awa; Fourth: David Joseph and Danny Joseph;
Kane Wahine - First: Brandy Gomes and Joshua Gomes; Second: Brian Dimattos and Cookie Kawamoto; Third: Cienna Joseph and Westin Joseph;
Team 90s - First: Cookie Kawamoto and David Joseph; Second: David Joseph and Bob Hamilton;
Double Mugging - First: Billy Benevides and Dayson Perreria; Second: Boots Kaapana and Kawehe Garo; Third: Troy Mandoloniz and Danny Joseph;
Ribbon Mugging - First: Billy Benevides and Kepa Benevides; Second: Evan Manoa and Boots Kaapana; Third: Troy Mandaloniz and Boots Kaapana;
Wahine Mugging - First: Raisha Karratti and Cheyenne Fuerte; Shannon Carmichael and Makayla Awa; Third: Chelsey Fuerte and Nysa Kaniho;
Rescue Race - First: AJ Midallia and Hoku Aiwohi;
Po`i Wai U - First: Billy Benevides;
Tie Down Roping - First: Evan Manoa;
Wahine Barrels - First: Cheyenne Fuerte; Second: Tanyalee Castillo; Third: Kamaluhia Garcia;
Youth Barrels - First: Trisyn Kalawaia; Second: Khevain Nobriga, Third: Lenaia Andrade;
Senior Dummy Roping - First: Mac Castillo;
Dummy Roping Ages Four and Under - First: Kolh Pascual;
Five to eight in Dummy Roping - First: Cash Prettyman; Second: Derick Souza; Third: Chance Miranda;
Goat Undecorating Ages Four and Under- First: Kolh Pascual; Second Teani Souza;
Goat Undecorating Ages Five to Eight  - First: Jamin Medeiros; Second: Khevain Medeiros; Third: Clancy Aku;
Mutton Busting - First: Laakea Ke; Second: Nicolai Makuakane;
Junior Bulls - First: Trisyn Kalawaia;
Anyone wanting to help sponsor rodeos in Na`alehu so the organizers can provide winning buckles and other awards can contact Tammy Kaapana at 929-8079 or 854-7917.
HAWAI`I STATE CONSUMER ADVOCATE asks for clarification of several points in Hawaiian Electric Co.’s testimony on the proposed contract to purchase biofuel from `Aina Koa Pono. AKP plans to use feedstock from Ka`u to refine biofuel at a facility above Pahala.
According to the Consumer Advocate, the company indicated a final fuel forecast would be prepared after the Annual Energy Outlook 2013 Final Release is issued. The full AEO 2013 report was released in April 2013.
The Consumer Advocate asks the utilities to provide the final forecast and to clarify which forecast is referred to in the companies’ rebuttal testimony. If not already discussed elsewhere, please discuss whether the companies have refreshed any of their analyses previously provided in the proceeding as a result of the Final Release. If so, please provide a copy of each of those updated schedules, workpapers, and/or calculations.
Regarding the utilities’ statement that the proposed contract “represents the lowest cost biodiesel available today,” the Consumer Advocate asks for a copy of the analysis that supports this statement. “If not already provided, please provide a copy of market data for Hawai`i and the nation that identifies the actual price of comparable biodiesel over the last 12 months as well as forecasted prices over the life of the proposed contract. If a forecast over the life of the proposed contract is not available, please provide a copy of the forecasts for comparable diesel for at least the next five years.” 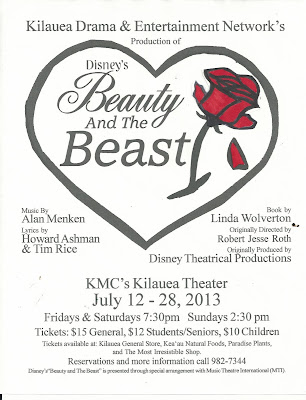 VOLUNTEERS ARE INVITED TO SIGN UP for Saturday’s Ka`u Coast Cleanup at `Onikinalu Bay near Green Sands Beach. Contact coordinator Megan Lamson, of Hawai`i Wildlife Fund, at kahakai.cleanups@gmail.com or 769-7629.